Qatar Airways’ first Airbus A350-900 has broken cover with its full livery. 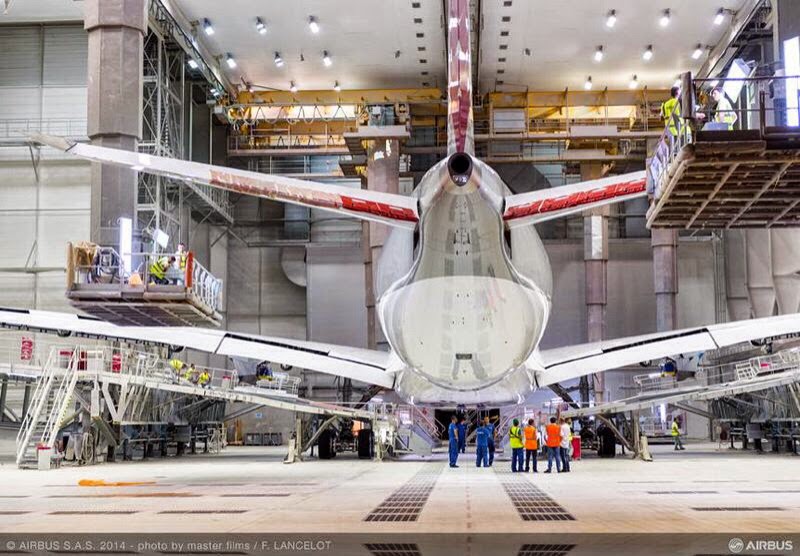 The Doha-based airline is the launch customer of the A350 and it is planned that the first aircraft will be delivered by the end of the year. 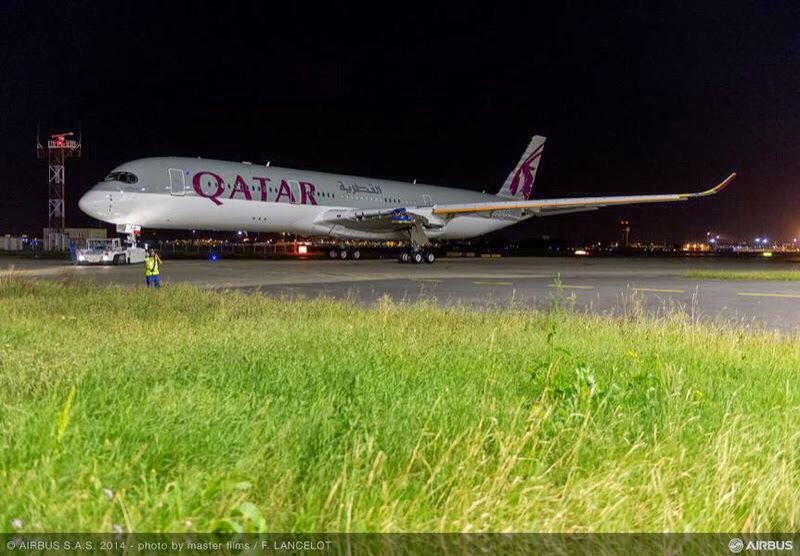 This 1st aircraft, the MSN6, has been painted in the carrier’s distinctive grey-and-maroon livery. 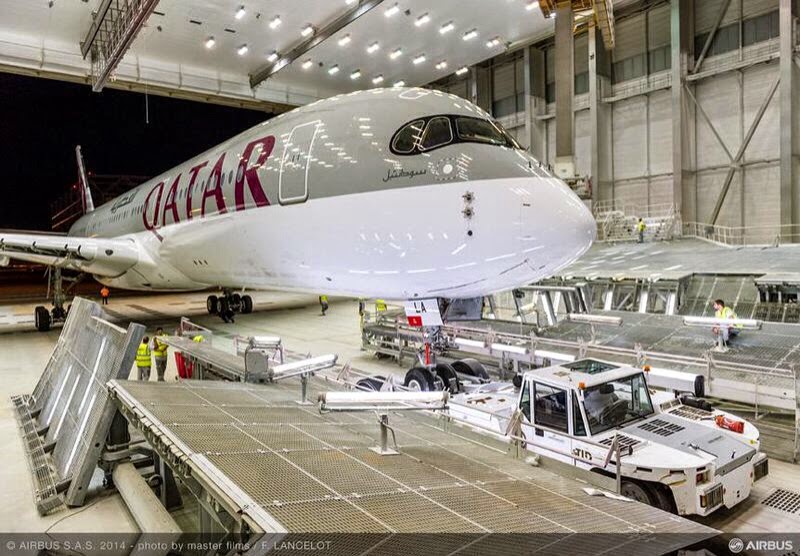 In the pictures shown by Qatar Airways, the Rolls-Royce Trent XWB-84 engines are not installed.

As these pictures are from last week, the powerplants have already been installed in the FAL in Toulouse, as shown in these 2  pictures: 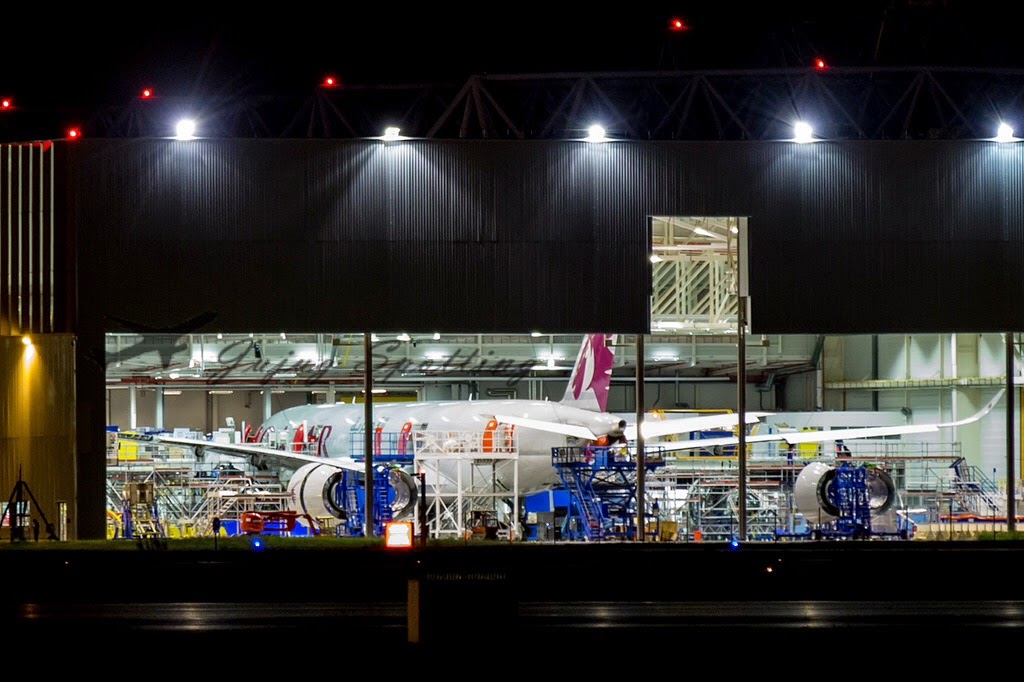 Based on the article “Qatar shows off first A350 in full livery” published in Flight Global
Posted by Blogjfa at 9:53 PM