LATAM Airlines Group, Latin America's largest airline, confirmed that the 27 A350-900 on the orderbook will arrive between December/2015 and 2019. 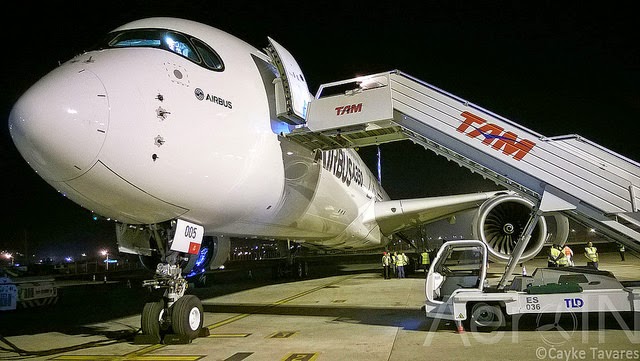 Santiago-based LATAM is the result of a 2012 merger of Chile's LAN and Brazil's TAM airlines, which continue to operate as separate brands. 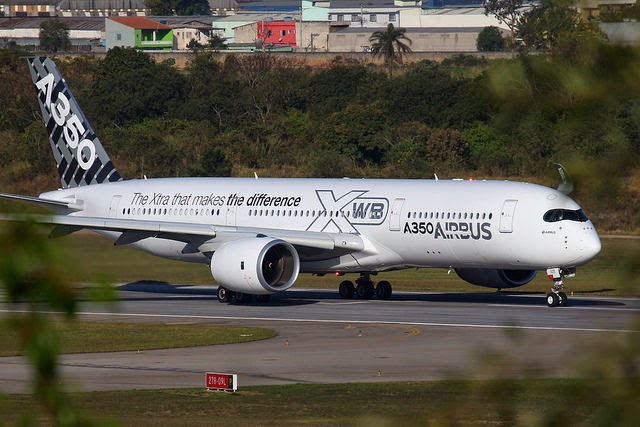 TAM will fly the new jets, mainly on routes from Brazil to cities in other countries, Roberto Alvo, LATAM's chief corporate officer confirmed. TAM will be the first Latin American airline flying the A350. 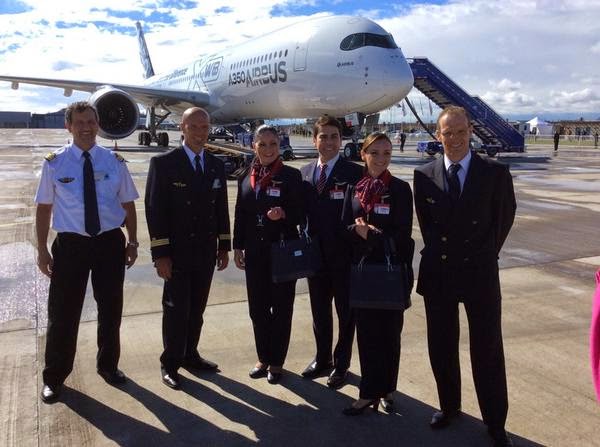 During the presentation of the MSN5 prototype in Santiago de Chile on 7/August –and the day after in Sao Paulo, Brazil- Alvo said that TAM is going to equip the A350-900 with the latest cabin technology, with the most comfortable seats on the market, the most modern on-board entertainment systems. “We're going to have much more space on the aircraft," he said. 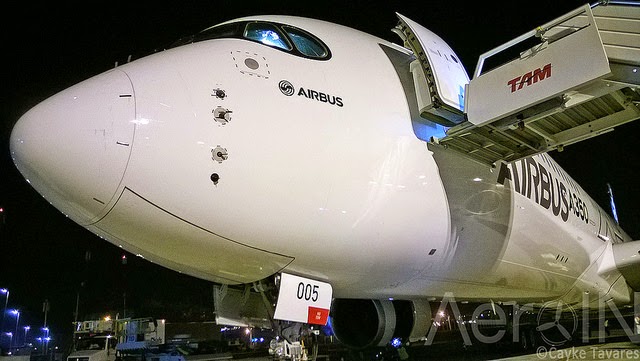 For his part, Airbus' president for the Latin American and Caribbean region, Rafael Alonso, hailed the deal and said Airbus accounts for "62% of the planes sold in Latin America."

Based on the article “LATAM Airlines orders 27 Airbus A350-900 jetliners” published by EFE.
Posted by Blogjfa at 7:01 PM