There are no news from the smallest member of the A350 XWB since many months.
No one says anything about this model, and the A350-800, as Boeing is fond of pointing out, hasn’t had a sale since 2008, “when George W. Bush was president”.

Airbus risks order cannibalization as any improvement of its A330-300 wide-body may hurt the case for the A350-800, the smallest member of the A350 family. 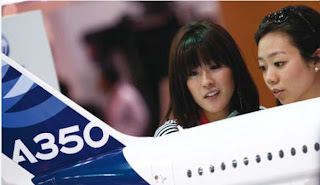 The A350-800 has more orders outstanding than the A350-1000, but Airbus has also been encouraging customers to switch from the -800 to the more profitable (for Airbus) -900. Qatar Airways (and his CEO) is the main commercial headache to switch orders as they are not very confident with A350-1000 performance. They are refusing and threatens orders cancellation.