The World Trade Organization has asked the European Union to hand over documents on the funding of the Airbus
It is the first time the funding of Europe's answer to the Boeing 787 Dreamliner, due to make its maiden flight next year, has been drawn directly into the world's largest trade dispute but it remains to be seen how the WTO will act on the data.
"The WTO has ordered the EU to hand over documents on the A350 which it did on Friday," the U.S. source said. 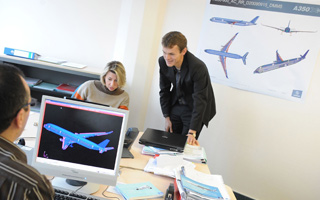 Both sides are pressing for major trade sanctions after the Geneva-based WTO found that Airbus and U.S. rival Boeing
Washington has called on Airbus to stop receiving loans from its host European nations -- Britain, France, Germany and Spain -- and argues that the WTO should take loans for the A350 into account when evaluating penalties for earlier support.
The EU says the carbon-composite jet lies outside the case and that its funding will comply with the latest WTO decisions. 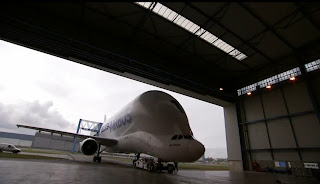 The U.S. source said outside estimates placed the loans paid to Airbus for the A350 at around $4.5 billion.
According to the U.S. source, who asked not to be identified, the A350 funding numbers were supplied on Friday as part of a WTO compliance procedure. Both sides claim to have obeyed WTO findings while saying their adversaries have not.
A European source said the WTO panel merely wanted to see the funding papers to assess whether they were relevant. It has so far declined to address the A350 payments directly.
Analysts say it could be years before the huge dispute plays itself out in sanctions or a settlement, while hanging over U.S.-European relations as a sporadic irritant in other issues.
Posted by Blogjfa at 8:51 PM