First flying A350 XWB wings showed in Bremen. Being finished before delivery to the FAL in Toulouse. 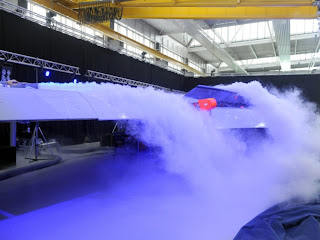 The first wing of the A350 XWB-900 has been presented with a colorful light show at the Airbus plant in Bremen, Germany. 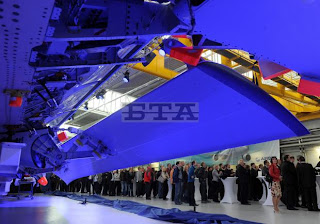 
The A350 wings are undergoing the final stages of assembly in Bremen and will be transported to France for the final assembly shortly. It seems that on time for the official FAL inauguration to be held next 23/October in Toulouse. 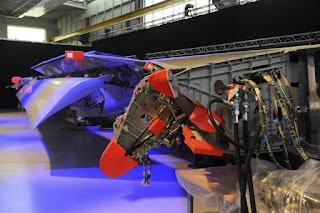 As we could watched in September with the delivery of the first set of wings to the FAL in Toulouse (for Static specimen, photo below), each wing requires a Beluga transport aircraft. 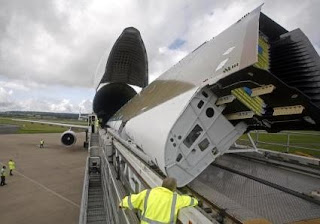 One wing in one Beluga

Video of the wing ceremony available at this link (in German): VIDEO courtesy of Weser Courier /Bremen﻿

videocaptures courtesy of Weser Courier /Bremen
Posted by Blogjfa at 1:32 AM