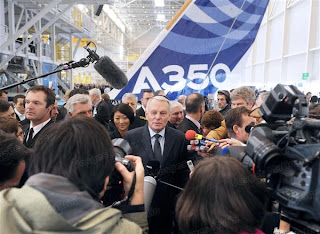 During the A350 XWB FAL inauguration, there was an accidental early disclosure by the French prime minister of this purchase order.
Jean-Marc Ayrault, who has just returned from Singapore and Philippines to help drum up business for French companies, told an audience of 1.000 Airbus workers & media his trip had highlighted the importance of remaining competitive on world export markets. During Ayrault's trip, Philippine Airlines confirmed an order for 10 Airbus A330 jets on top of a purchase in the summer. 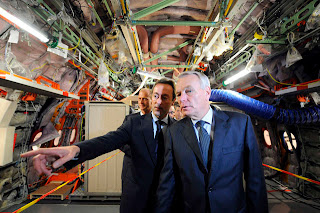 But departing from a prepared speech, Ayrault then referred to billions of dollars of plane orders that did not appear to correspond to business already announced from those countries.
"I would like to add that during this trip, Airbus signed an order for 15 aircraft and took options for the A350 and possibly the A380." 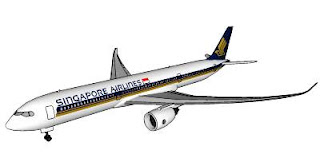 SIA operates #19 A380-800 superjumbos and as part of its deal with Airbus, the European aircraft maker will buy back #5 A340-500s, which will be removed from service in the fourth quarter of 2013.
SIA's order of #20 Boeing 787 -for delivery starting in 2014- have been transferred to the long-haul low-cost unit Scoot.


Based on article “Did French prime minister accidentally reveal big Airbus order?” published in Reuters
Posted by Blogjfa at 12:19 AM