German Economics Minister Philipp Roesler has confirmed the German government is in talks with EADS on the distribution of work and research linked to the Airbus A350 XWB program. 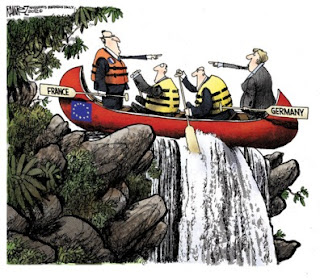 Germany versus France. The Battle in Europe and in EADS
When asked if the German government was willing to provide a previously agreed to EUR 600 million financing tranche set aside for the A350 project, Mr. Roesler confirmed the credit line is being discussed and the distribution of work and research in Germany are also a topic of discussion with EADS.
Mr. Roesler didn't explicitly say the EUR600 million funding was being withheld, but people familiar with the federal economics ministry confirms the German government is supporting its own national aviation industry for strategic reasons.
"Consenting to the financing clearly assumes Airbus will strengthen and expand its production capacities in Germany, as the A350XWB program is primarily located in France," the German newspaper Handelsblatt said.
The financing would be the second tranche of a EUR1.1 billion credit for the development of the project. This German government pressure arrives one week later than the EADS and BAE Systems merger was collapsed, mainly because of lack of governments support, as different newspapers have commented and painted. 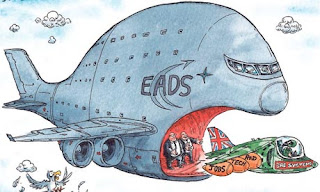 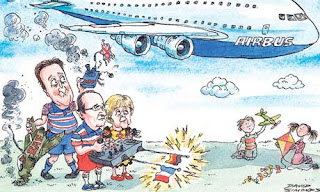 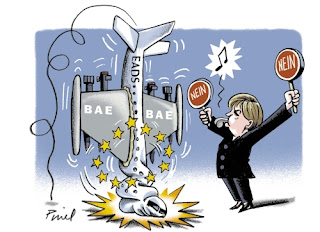